Ariana Grande has gone from strength to strength over the eight years beginning her career starring as a Nickelodeon child actress in Victorious as Cat Valentine from 2009, and when the show ended after four successful seasons she was given her own spin off show (Sam & Cat) with iCarly’s Jennette McCurdy

In 2013 she began pursuing her real passion which was music by releasing her first album. But it was her second album released back in 2014 that bought her to household name status and worldwide fame.

If you or your child is an Ariana Grande fan then this is the post for you. We’ll be laying out everything you’ll need for an Ariana Grande costume based on her music videos and tour outfits including: wig, rabbit outfit, black and white outfit and makeup. So without further ado let’s get into the juicy details.

Ariana Grande has long wavy brown hair, if your natural hair already fits the bill feel free to move onto the next section. Here is a clip in extension that will work well for this costume. You could also curl your natural brown hair to get it looking closer to Ariana’s if you like.

There are two different outfits that we’re going to highlight in this post. The first being Ariana’s most well known outfit, the black rabbit from her Dangerous Woman album cover and music video of the same name. The first item you’ll need is a black masquerade rabbit mask. 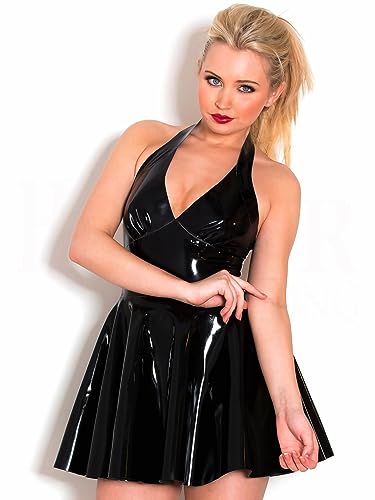 To complete the outfit add a black PVC dress such as the one above, black wet look leggings, and black satin gloves. Finish it with a pair of black flats or high heels if you prefer. 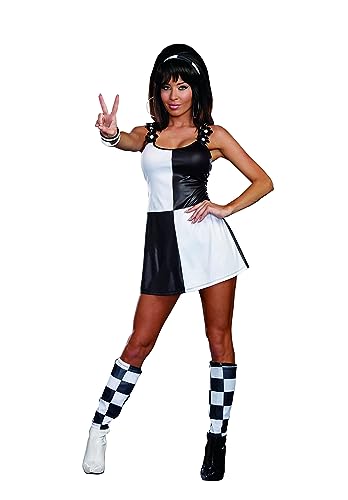 The next Ariana grande outfit we’re going to cover is her black and white squares dress that is a throw back to the 60’s. Here are two options for teenagers as well as adults so fans of all ages can dress as their favorite pop star.

Finish the outfit with a pair of white go go boots. You can pick this up from the link above, and get it delivered to your door. Or check out your local thrift store.

Makeup is optional but will really help bring the look together, especially as Ariana has a rather distinctive angelic face. Here is a quick video tutorial that will walk you through everything. Consider wearing brown contact lenses if your natural eyes aren’t brown so you don’t throw the look off.

There is everything you’ll need to transform into your favorite pop star for fancy dress and Halloween. Don’t forget to check out our other tutorials on the blog and follow us on social media to get updates as we publish new posts.