The Walking Dead is television show based on the comic of the same name first broadcast in 2010 that spans 6 series over a total of 83 episodes at the time of writing. It is focused on the plight of a group of people as they fight of an ever present zombie apocalypse.

Daryl Dixon is one such character from AMC’s drama who manages to survive the zombie outbreak, keep in mind he’s a new character for the television series who didn’t appear in the original comic books. He participates in the group as a tracker although he is often overlooked in favour of his brother, his personality has changed over the series though and he’s quickly become a fan favourite aswell as a more prominent character later on.

Time for a Walking Dead themed tutorial is way overdue for this blog so today I bring you a guide on how to create your own Daryl Dixon Walking Dead costume including everything you’ll need to transform into this kickass character such as: jacket, vest, pants and boots. 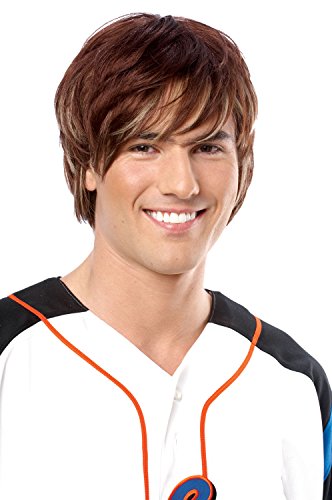 Before we even touch on his outfit we need to get his hair down to a ‘t’ first and this will involve finding the perfect wig for you. Seriously getting the hair right could make or break this cosplay, as someone who is running through cities and wildernesses all the time his hair is fairly dishevelled and matted and you want to reflect this.

Wear your natural hair if it’s already similar to Daryl’s short brown mop or wear a wig similar to the one pictured above. Either way you want to style and add gel where appropriate to get that I’ve just been running through the woods from zombies finish.Here’s a brown heart hob wig in one size that would work well although you may want to go for a darker anime style version to fit the character better. 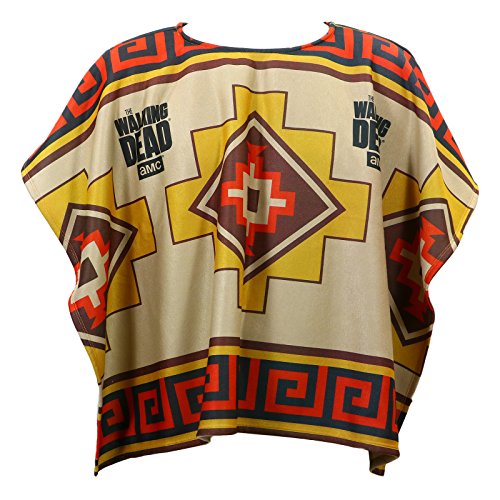 There are so many aspects to Daryl Dixon’s outfit that it’s almost as if you need to piece it all together like a puzzle and what look/attire you go for is totally up to you, there’s a lot to work with here.

First of all I present to you Daryl most confusing piece of attire, his Mexican poncho that would light up any dull room as you walk in. At the time of writing and for the foreseeable future there are no exact replicas of this which was custom created for the television show from an old saddle blanket but the option above is the closest we could find to the colorscheme of earthy whites,browns and reds. 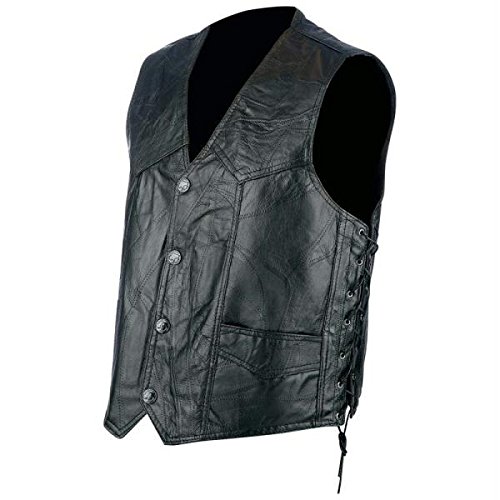 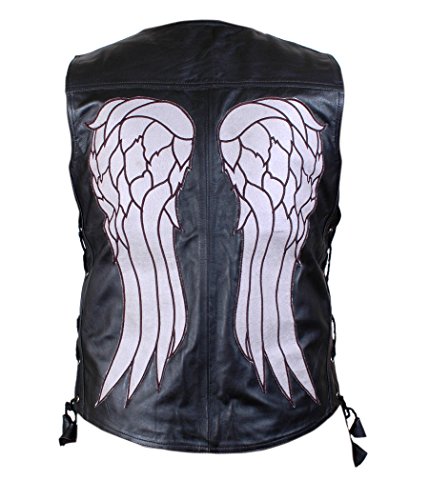 Now let’s move onto my favorite piece of his outfit also known as the Angel Wings vest jacket, there are so many choices here so let’s run through them quickly. If you want something authentic then the WALKING DEAD GOVERNOR real leather vest would be the perfect option (check out the stitching on the rollover image before purchasing).

However if you’d like to try your hand at customizing a plain motorbike style vest jacket the plain options would be suitable for your needs. Use a clear image to create the wings and get your sewing machine geared up for stitching. 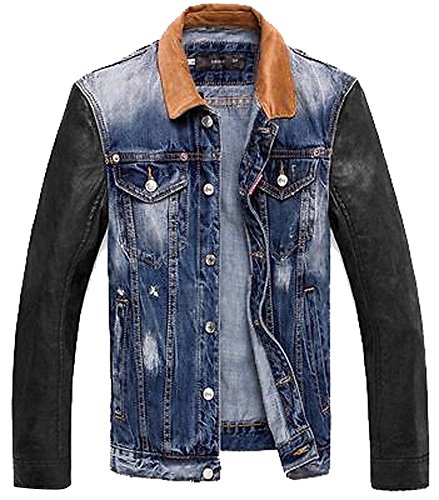 Daryl is known for wearing a lot of denim and a lot of leather, a good combination of the two is what will work here. The jacket is optional, as I mentioned above his outfits change a heck of a lot throughout the series and this is one of those items that isn’t seen as frequently, viewers are used to Daryl simply wearing his armless leather vest jacket.

Let’s not forget another crucial but small part of Daryl’s outfit that you don’t want to forget. His pants, these are pretty simple to find. You want a pair of grey/black/brown work style pants or denim jeans. Pick up a pair of work pants for cheap from your local thrift store (any color will do), chances are you even have a pair in your existing closet. 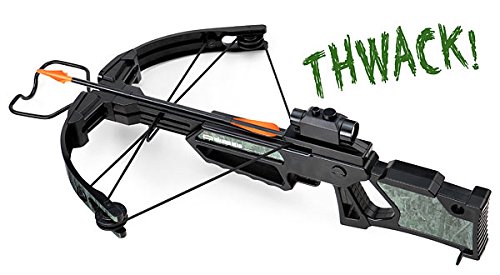 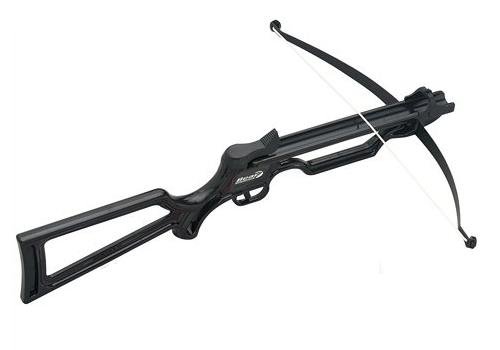 Another optional accessory but one that would give everyone else a clearer idea of who you’re portraying is a toy crossbow (not a real one of course), to me Daryl is a biker with a crossbow and it would be unforgivable at least to me to go without one. Here’s a choice of two, one modelled after the television show and another generic but would also work well here. 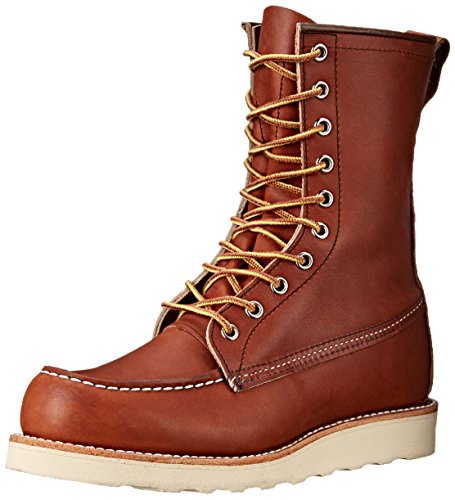 Finish off with a pair of combat boots, as one of the longest running cast members Daryl is well equipped to fight the zombie outbreak and that includes suitable footwear. Daryl wears a pair of Red Wing 877s onscreen, we couldn’t find an exact match at the time of writing but the Red Wing Heritage Moc 8’s are a good alternative, are made by the same company and have a similar style too.

There you have it a completed Daryl Dixon cosplay at long last, I know there are several components to put together and it can be tricky deciding on which of the several outfits of his you choose to wear but I’m confident with the options presented here you can make a good choice.

I’ll be adding more Walking Dead themed tutorials in the coming weeks and months so before you leave don’t forget to check out the rest of the blog and then head over and connect to our social media pages for new guides each week. Remember you can leave any comments,questions or suggestions you have in the box below!