Today we’ll be focusing on how to create a complete Ursula costume, the main antagonist from Disney’s the Little Mermaid, great for Halloween, fancy dress and cosplay. We’ll be covering everything from how to recreate her six tentacles and dress to makeup and hair.

As I mentioned above Ursula is the main villain of Disney’s movie featuring everyone’s favorite mermaid Ariel who strikes a deal with the half human/half sea-witch to become a human temporarily in order to capture the heart of her one true love Prince Eric.

If Ariel fails to capture his heart before the three days are up she’ll belong to Ursula. Only as any villain Ursula doesn’t keep her side of the bargain when Ariel comes to close gaining a kiss of true love from Prince Eric Ursula transforms into beautiful human Vanessa and hypnotizes him into marrying her. Luckily Ariel foils her plan and lives happily ever after. 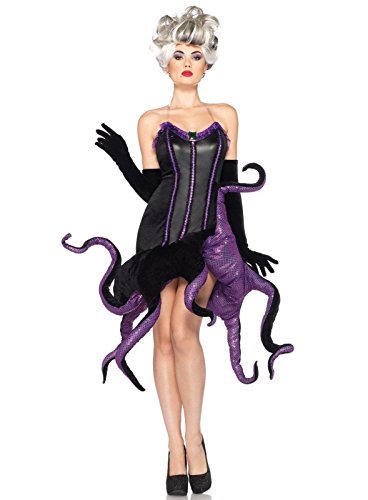 Here are two stunning Ursula costumes in black and purple from Amazon and Halloweencostumes.com, I’ve included two for you to choose from as items go in and out of stock during the busy holiday season so it’s a good idea to have a backup just in case.

Plus prices can be very competitive and you just might find another retailer has a better deal than Amazon when you go to check. Each set includes a two piece velvet dress with tentacle skirt included. Wigs are sold separately and shown below. 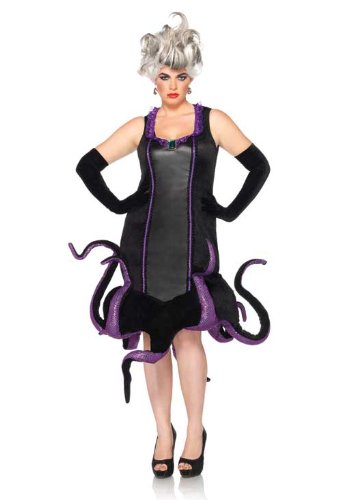 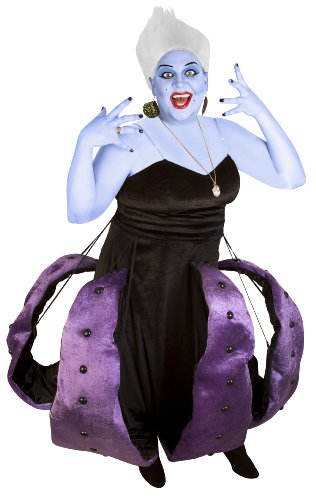 Ursula is the perfect choice for a plus size costume, many of the outfits available don’t accurately reflect the character which is a huge shame. Even  Disney has faced much controversy when they slimmed down Ursula for a new ‘Designer Collection’.

Well here on the blog we’re all for positive examples of body diversity and what’s more positive than aiming to portray your favorite Disney villain accurately. Check out both options above with wigs sold separately (check Amazon’s ‘Customers Who Bought This Item Also Bought’ section). 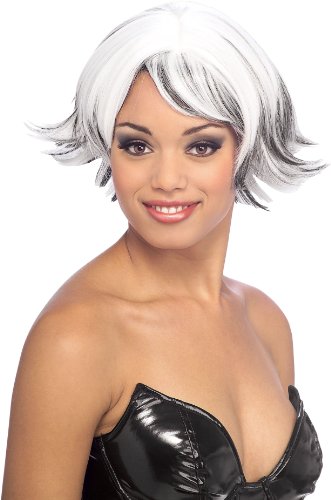 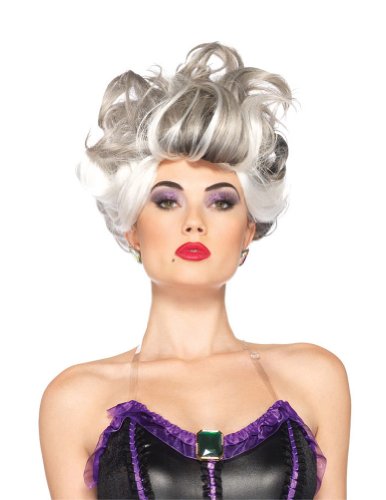 Hair is super important to this sea-witches overall look, she has striking white locks with streaks of grey that defy gravity. Use a combination of white and grey spray dye on your natural hair aswell as plenty of hairspray and mouse to keep in place or wear a wig. 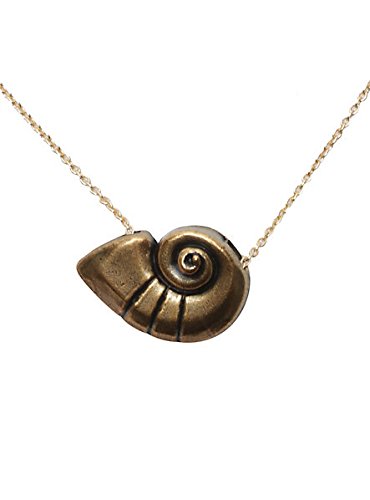 When Ursula makes a deal with Ariel one rule of the contract is that Ariel gives up her voice which Ursula stores within a gold sea shell worn around her neck. This is an crucial accessory you can make yourself using a standard sea shell painted gold with acrylic paints, drill a hole through for your necklace or length of black ribbon to go through.

One of the most important aspects of Ursula’s costume are her six tentacles, while normal octopuses have eight tentacles Disney’s animators decided to give this sea witch six so they could be clearly animated and seen on screen.

Aswell as being the most important part it’s also the most tricky to put together if you’re going the do it yourself route. Start by measuring your waist so you have an idea of how big each of the six tentacles need to be and leaving enough space over just in case.

The underside of her tentacle is black with a top of metallic purple, check out local fabric stores for these two colors and stock up (ask for a discount when buying in bulk). Draw out a tentacle shape on card using a reference image so each one is consistent and cut out both colors of fabric six times.

Sew each corresponding piece together (by hand or machine) so you now have six tentacles to fill with stuffing, you’ll also need wire to give each tentacle shape. Again stuffing can be bought affordably in fabric stores, now line each tentacle with wire on either side and fill with stuffing. Once that’s done tuck away any excess fabric and cut off any excess wire leaving enough to create a loop at the end for a belt to go through and connect each tentacle to your waist.

Once you have your tentacles in place and slotted through your belt (any plain belt is fine), add a sleek black corset or dress to bring the whole thing together. Finish off with a pair of black and purple striped tights and suitable footwear.

Creating your own trident is a surprisingly simple process, begin by searching for a reference image of a trident to use that you like searching Google Images and other sites like Pinterest. Once you’ve picked out begin drawing one half of the shape onto wax paper.

With half the shape drawn, trace another half so each side is the same. Once that is done trace the whole shape onto cardboard, scrap cardboard is fine as you’ll be spray painting over anyway. With the trident cut out use this as a template to cut out as many layers as you need out of card.

Glue each layer together using a hot glue gun so you now have a 3d trident top. Now purchase a mop or broom from the dollar store as we’ll need to stick to create the rod that goes through your card trident.

Finish off by cutting a small hole in the bottom of your card trident, fill this fill with glue and slot your mop stick in (with the mop taken off of course). Spray paint everything in one layer of white paint and then go over in gold so the gold color pops and your trident is completed.

You have her outfit in place now all that’s left to do is her face/makeup and hair, you really need to look like a witch if you want to pull off this look. Check out this quick five minute tutorial that will show you how to do just that. Start by mixing purple and light blue face paint to create the perfect tone for Ursula’s skin. Apply this all over your face, neck and arms.

Ursula’s outfit is great for people of all shapes and sizes this Halloween, once you’ve completed your own using the guide above why not pair with someone else dress as King Triton using our other tutorial because Ursula has always secretly liked King Triton which would make it an ideal choice for couples.