Little Red Riding Hood is the tale of a girl who doesn’t listen to her mother about the dangers of talking to strangers and ends up paying the consequences.

Today we’ll be taking a look at how to create your own Riding Hood costume whether it be for cosplay conventions, Halloween or fancy dress parties. Including everything from her wig, basket, cloak and makeup.

What’s so great about this character are there are several iterations you could go for, there’s the typical fairy tale style outfit or the revamped Once Upon a Time take.

Either way it’s a fairly recognizable outfit that not everyone will be wearing in place of pop culture figures and television and movie characters. 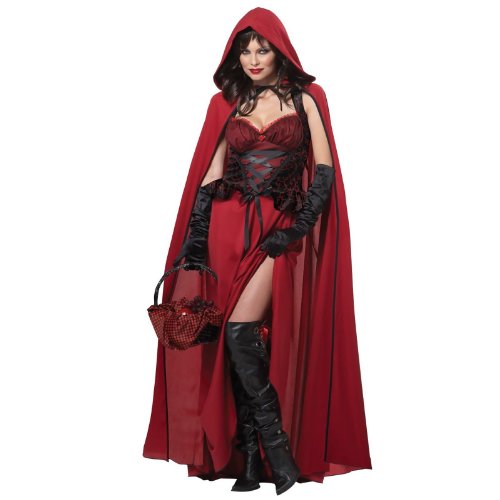 First thing first I am going to discuss the items of clothing you should wear underneath the red cloak as that is what is really going to set you apart from anyone who wears the same outfit and will work as a base to put the cloak on.

The main attraction is the corset dress, if you just want a regular costume and not one with a sexy theme a regular red, black or white dress will do. Because the tale is set a while ago long before the modern age a dress that has a vintage look to it will go well to achieve the right look, something similar to a French maid costume in red would be perfect. 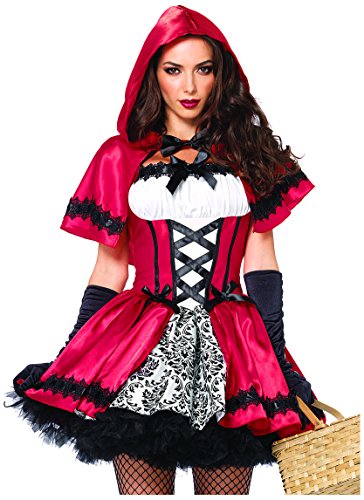 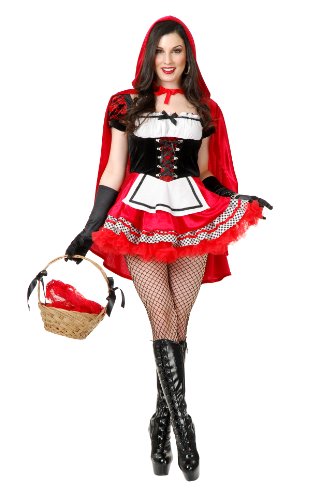 Looking to put a sexy twist on your attire this Halloween? Why not check out the choice of sexy Red Riding Hood costumes that’ll do just that, if you’re going the do it yourself route add a striking corset to your cloak for added sex appeal.

Finding a simple cloak is not hard, there are plenty of options, check out local thrift stores but most of all you want something that is simple to contrast well with the layer costume you’ll have underneath and something that is long enough to go to ground level which will help give you an air of mystery and intrigue. 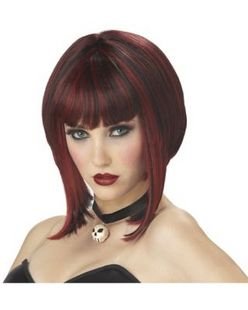 You can’t do good makeup without making it with good hair, there really isn’t one set style you need to follow to do this right. Generally you will see her with longer brown hair, perhaps with some bows in it to keep it in place. 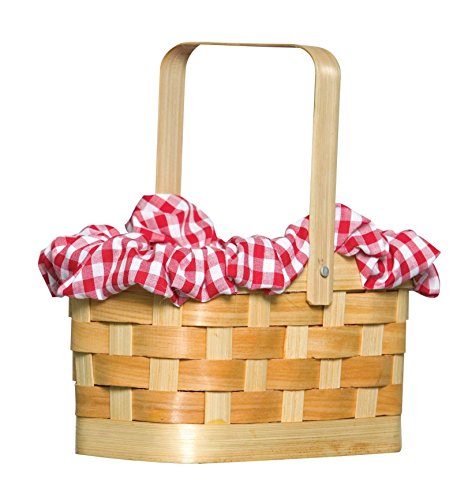 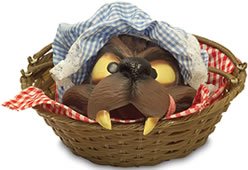 As a final accessory you may like to carry a little woven basket with you on Halloween or to your costume party with a few goodies in there such as honey and other food items and then put a little cloth over it or use it to collect sweets while trick or treating.

Footwear is an important part to consider, in most cases simple dolly shoes will do the trick to fit in with that fairy tale theme otherwise some black boots will go well with a sexier theme and outfit. To compliment the boots (if you decide to opt for that) then a nice combination would be some gloves or gauntlets.

As you can imagine for makeup red will play a prominent part as well as some black to contrast and offset it, bright red lipstick is a no-brainier for this then you may want to apply some mascara and light face makeup to pull everything together. Check out Promise Phan’s quick tutorial if you need help pulling this off.

We have all heard the tale before, a mother prepares a basket of goodies for her sick mother and tells her daughter to go give them to her warning her about strangers.

The girl not listening to her mother’s advice tells a stranger (the big bad wolf) where she is going.

Unbeknown to her by the time she gets to her grandmothers the wolf is already there and has swallowed her gran and dressed in her clothes trying to trick Little Red into believing he is her gran, she notices a few changes in her grandma though namely her sharp teeth, big eyes and big hands.

Thankfully she is in luck when a lumberjack saves both her and her Nan who is still alive, well that is the conclusion to the tamest version of this vile tale generally she is eaten whole just like her grandmother.

The story and character has captivated the world and it still taught as a fairy tale today, the character of Little Red with her famous red cloak is a perfect costume for Halloween and cosplay. Nowadays there are more kick ass version of this character in the form of a modernized movie and the Once Upon a Time series where she features as a character.

I wish you a wonderful Halloween and fun trick or treating, if you have any questions you want me to address or an article suggestion then be sure to pop them in the comment box below and I will get back to you as soon as I can.