Finding Dory is a 2016 animated film by Pixar as a sequel to the highly popular classic Finding Nemo. We all remember the blue fish with amnesia from the first movie, who captured our hearts at the same time.

In this new movie we join Dory as she looks her for long lost family which no doubt is twice as difficult when you have amnesia. Much like Nemo’s fate in the first movie Dory is captured and taken to an aquarium in California where Nemo and his dad Marlon have to save her.

The movie has been highly successful already out passing the original movie in terms of box office performance! Therefore I predict it’s going to be a top costume idea come Halloween and you (and your children) don’t want to miss out. Below we’ll be looking at the best premade cosplay options for your child this holiday season. 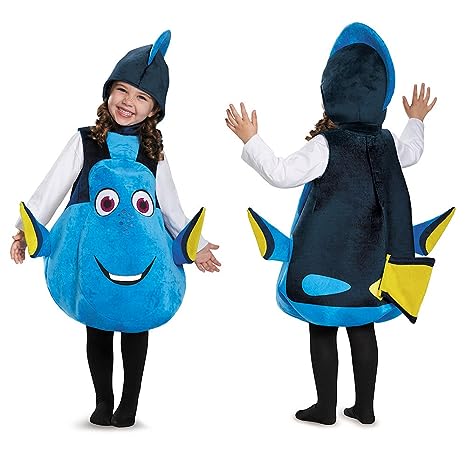 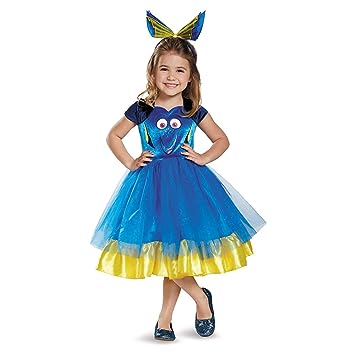 I’m happy to announce there are now official Dory costumes available, last time I check none were but since the release of the new movie plenty have come into availability.

At the moment these are the two most popular costumes aimed at children for this character. The first one is the most popular featuring a pullover designed to look like Dory with detachable headpiece and tail so your child can feel like a real fish in the sea. Add a shirt for underneath the costume itself, tights or pants and finish off with a pair of shoes that won’t detract from the outfit. Not to mention it’s an officially licensed product from Disguise.

The next choice is a custom made blue tutu styled after the character which included flowing dress and headpiece. Just add a shirt as before and a pair of shoes and your child is ready to go trick or treating. Another officially licensed product so you know what you’re getting is representative.

So there you have it, all you need to dress up as your favorite animated fish from the deep blue sea. Not to mention this is a fun group cosplay idea for families and groups if you can get a few friends together, either way you’ll have a lot of fun dressing up whether alone or as a group as the different characters so be sure to check those out. For now have a great Halloween.