Harley Quinn will be as popular as ever this Halloween with upcoming film Suicide Squad to be released in 2016 with her new edgy alternative look. For a movie that hasn’t even been released yet it’s be receiving a ton of publicity as of late that’s bound to make it a hot popular culture choice for cosplay too.

If you’re curious as to what prompted Harley’s dramatic new overhaul then you’ll be happy to know producers wanted to bring her right into the modern age, no more sleek jester outfit this time they wanted her to have a punk rock modern edge and fit straight into the more realistic DC Universe.

This is going to be a long post so buckle up and get ready for the ride focusing on Harley’s new look including makeup, black and metal accessories, wig, jersey, baseball bat, jewellery and footwear. We’ll be updating the guide below as more information gets released. 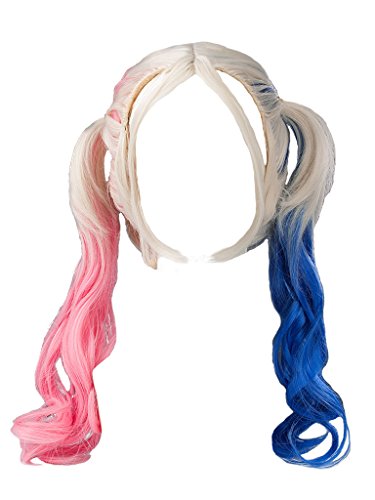 The movie features the exploits of a bunch of imprisoned super villains carrying out deadly black ops missions from a top secret government imitative in order to have their sentences reduced. Harley Quinn is one such villain aiming to reduce their time played by the talented Margot Robbie.

The first item you’ll need for Harley Quinn’s newest look is her wig, or you could use your natural hair either way is fine. If you use your natural locks you’ll want to dip dye the left side light pink and the right baby blue. Even better source a cheap blond wig with similar bangs from your local thrift or fancy dress store and spray dye each side.

If you’d rather pick up a wig and not mess with your hair check out the perfect choice above with each side dip dyed for you already. There are other wigs on offer however this one is the most vibrant. 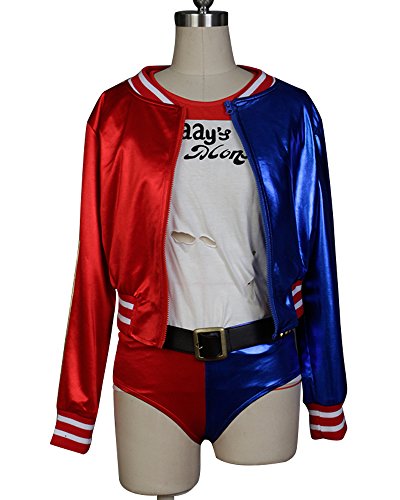 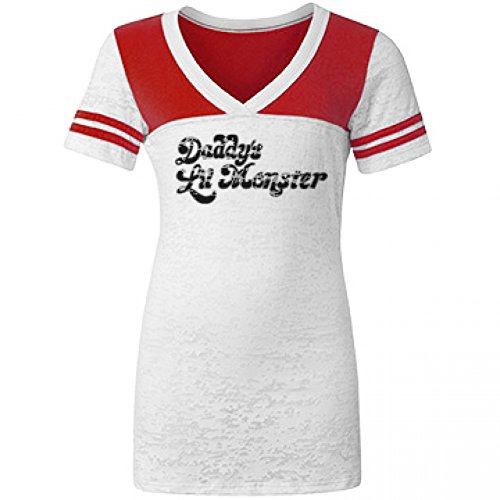 Moving onto clothing there are two key parts to her outfit that cannot be left out for accuracy and those are her jersey and multicolored red and black jacket. Her jersey is a red and white sports shirt with black text across the top ‘Daddy’s Lil Monster’.

Many fellow cosplayers opt to make their own red and blue jacket using a blue and red jacket stitched together. You don’t need to go down that route however as there is already red and blue jackets with white striped cuffs available at your disposal. 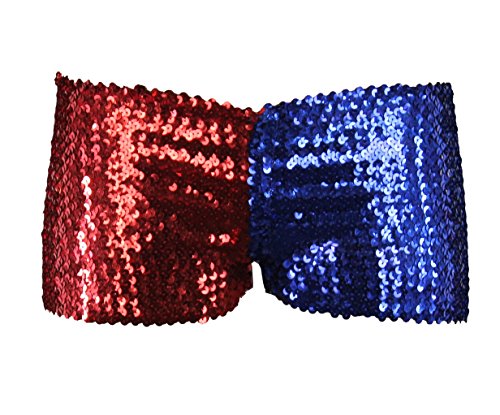 There’s just a few more accessories to touch on before we move onto footwear and finally makeup. The above cosplay outfit includes shorts however if you want to buy them separately you have that option too. These add a little je ne sais quoi compared to the ones included above in the form of glittery sequins. 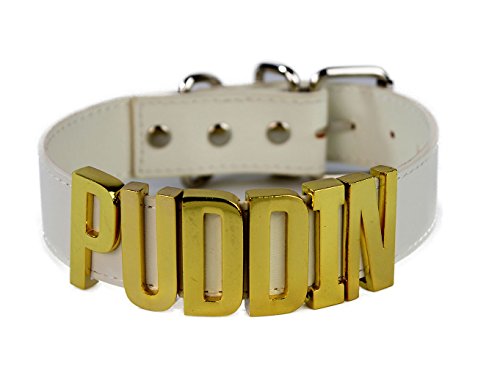 The final accessory before we move onto Harley’s boot is her ‘puddin’ neck chocker in gold. Using what little reference images and trailer footage that we have, you can see Harley wearing a gold neck chocker with her memorable quote in gold displayed on it.

Optional accessory: It just wouldn’t be a Harley Quinn cosplay with a baseball bat. If you want add a regular baseball bat with ‘GOODNIGHT’ spray painted over stencil letters in red. 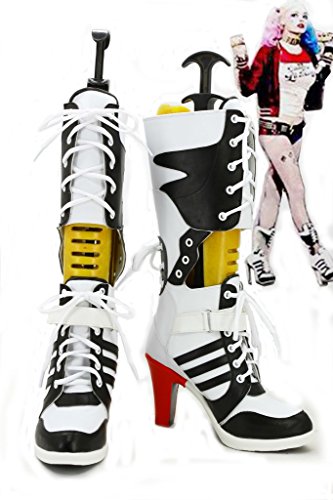 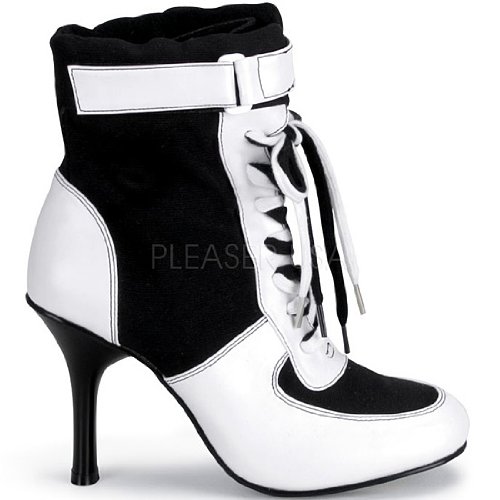 The final item for a perfect Harley Quinn Suicide Squad costume is her boots, there’s two options for you here a more extravagant ‘cosplay’ style which mean they can be custom ordered to your specifications or plain black and white.

I’m amazed at the amount of information already out about this character’s cosplay and the number of people willing to give it a go before the film has even been released. I’ve even managed to find a makeup tutorial, which you can use as a rough guide.

Don’t worry about perfect makeup, Harley Quinn is rarely seen in tip top condition! If anything it adds to the gritty vibe that was intended for this film.

Image used with permission from owner.