How To Make a Bowser Costume

I’ve been meaning to write an article about Bower Super Mario Bros costumes for a while now but every time I check online retailers there’s nothing available except a few generic dinosaur outfits, recently however a lot of new official costumes have become available right in time for Halloween this year.

Bowser is the main protagonist from the Mario Bros series of video games by Nintendo, his exploits often include damsel in distress archetype Princess Peach and taking her to his evil medieval themed castle.

With the ultimate goal of marrying Princess Peach and overtaking Mushroom Kingdom. His appearance is that of a dinosaur with a green turtle shell on his back, red hair and sharp spikes adorning his body.

Below we’ll show you how to make a Bowser costume but also options for premade outfit you can slip into in a rush without messing around with sewing needles and sourcing different fabrics and items from the thrift store (a great place to find cheap materials and clothing items). 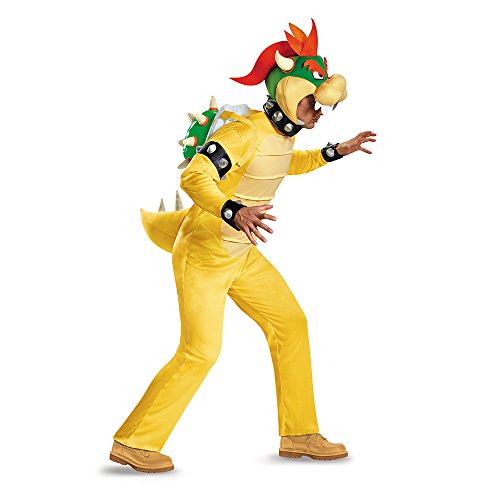 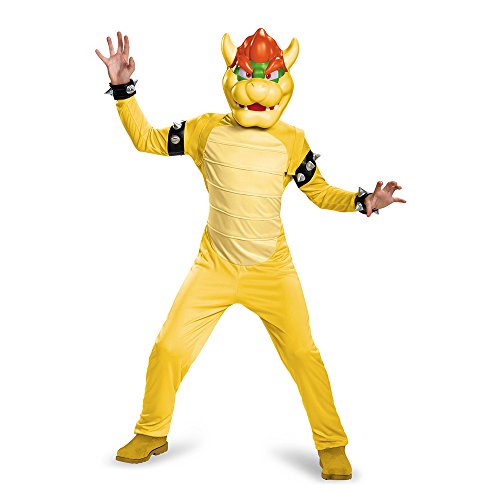 Let’s touch on official premade costumes first that you can slip on in a rush without worrying about fabrics and sewing machines. Check out these Bowser outfits for adults that come with jumpsuit with tail attached, inflatable shell, headpiece and spiked cuffs.

The deluxe large set comes in other sizes too which is great for children, just add appropriate footwear and you’re ready to go trick or treating this year. 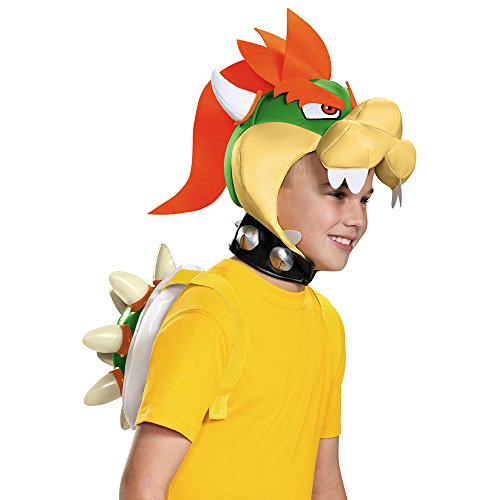 There’s a shocking lack of children’s costumes for this character which is surprising considering Halloween and dress up is most popular amongst kids, re-enacting their favorite scenes and battles from the games.

This disguise kit will do the trick though with headpiece and shell included. All you need to add is a yellow turtleneck aswell as yellow pants and appropriate footwear. 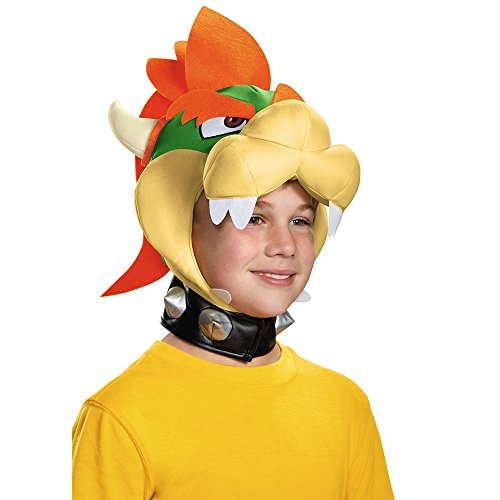 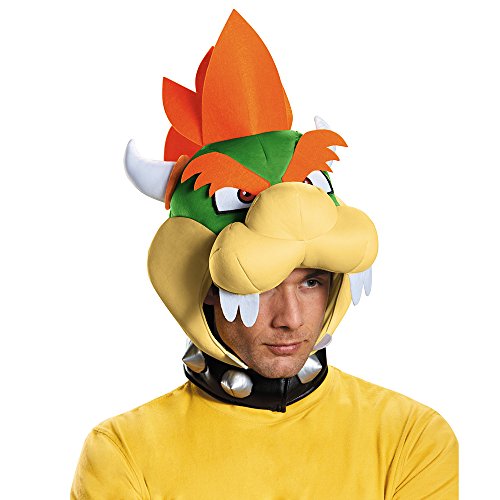 To really take on the character of Bowser a 2-dimensional mask just wouldn’t do, so here are 3-dimensional headpieces that are perfect to pair with a yellow turtleneck and pants to create a quick Bowser cosplay in a few minutes without once touching a sewing machine.

The best way to go about creating your own Bowser costume is starting with research, what fabrics will you need and in what colors and how will you construct all the necessary components including shell.

To cut out a lot of work you could begin by wearing a yellow turtleneck and pants as suggested above and then add a shell discussed below and use makeup and white foam to create his face and horns. Not as authentic but a whole lot quicker. 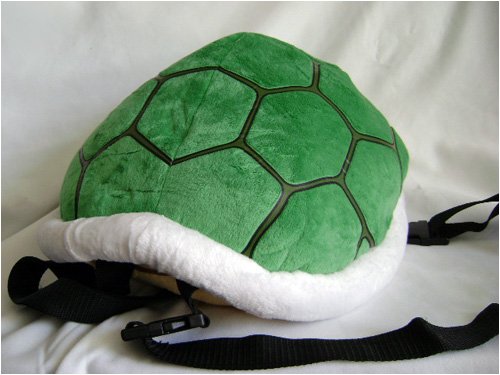 There are many ways you can go about creating Bowser’s spiky green and white shell. One good way I’ve researched is using a round snow sledge as a base and work from it using foam to pad it out finally sewing the green fabric over it. Attaching a set of strong fabric straps so you can hold it like a backpack.

If that sounds like a lot of hard work to you opt for a simple spiked backpack that will work in the same way, a plush green design with buckle straps for ease of use. All you’ll need to make this work is add one headpiece above and yellow clothing/footwear.