We all know the classic tale of Alice in Wonderland by Lewis Carroll all too well, a young girl chasing after a rabbit falls down a mystical rabbit hole that transports her to a magical world full of talking animals and the most crazy zany characters.

The Hatter as he is originally called is one such character but today I want to show you how to create  a Johnny Depp Mad Hatter costume instead inspired by the modern re-imagining of the series by Tim Burton in 2010.

What I especially love about this new modern version is that everything is digitally enhanced from the actors/actresses faces to the settings which are all green screens. This gives everything a typical Tim Burton vibe, you’re literally brought to a whole new fantasy world, something I think the great Lewis Carroll himself would be proud of. 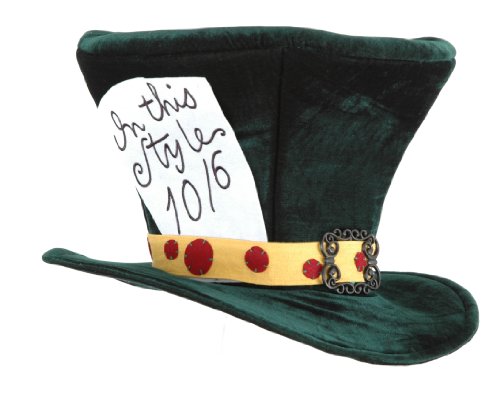 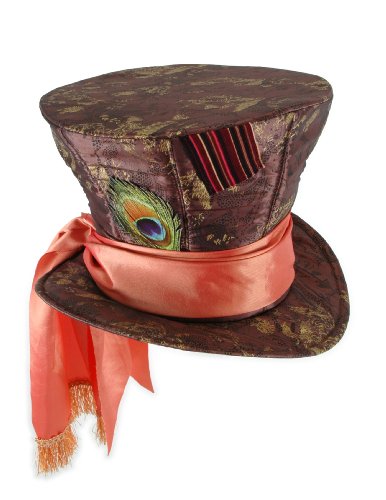 I love the Mad Hatter hat looks like something from a steampunk outfit. First off you’ll need a large brim old fashioned floral pattern top hat to use as a base, it doesn’t really matter what color it is but purple or green as good options. Check out your local thrift stores for suitable supplies.

Once you’ve found a hat to use all that’s left is to add the accessories such as red and white ribbon stuck at the top, then for the pin cut wire hangers into shape using wire cutters and attach gold buttons to them using a hot glue gun.

Add in the 10/6 sign using a square of paper with the price written on in big numbers with a black marker. If you like add in a few multicoloured feathers. Finish by securing all accessories in place by wrapping a large pink or red ribbon around the brim. 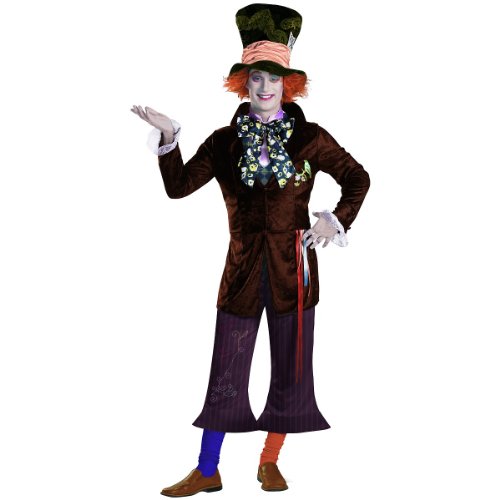 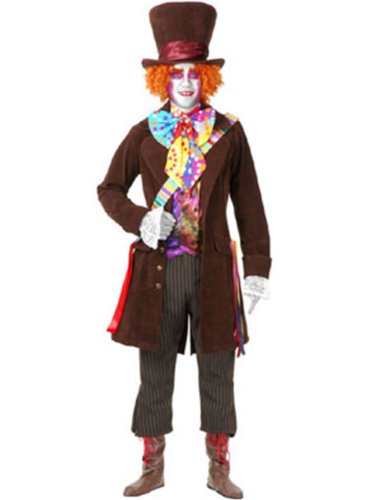 The coat makes up the bulk of the outfit, in most cases pants are not included with these costume sets instead you’ll have to find those separately yourself. Don’t forget a pair of brown slip on shoes and a pair of mismatched socks in bright colors.

Two minor items that are also important a bow-tie and shirt, not necessarily matching as the Hatter was ‘mad’ after all.

The bowtie Johnny wore in the movie was black with splodges of pink and yellow color throughout similar to licorice allsorts. If you want a similar bowtie to wear with your waistcoat and top hat here is a replica from Halloweencostumes.com that has the exact same candy pattern on it.

Next is a rather mismatched waistcoat that will go with the coat (discussed above), in this case any green or purple shirt and waistcoat combo will work well for the Mad Hatter look. The more floral and old fashioned looking the better. 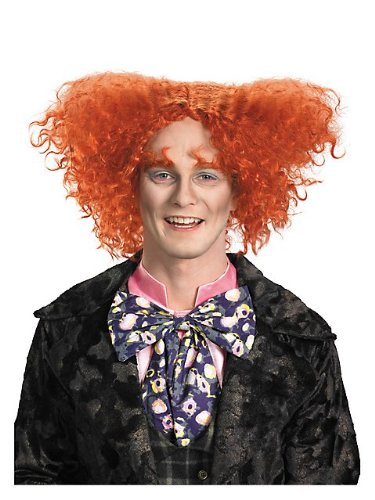 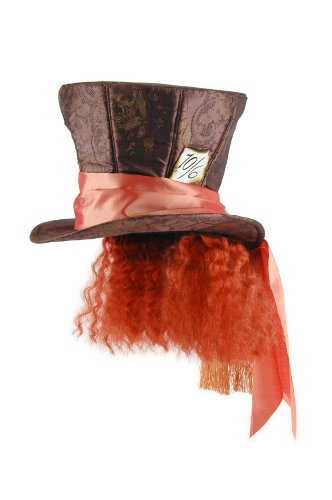 The Hatter wouldn’t be nearly as imposing without big hair so don’t miss out this component of the outfit. It doesn’t matter whether you use a wig like the two pictured above or opt for styling your own hair. To give your natural hair a red tinge (if it isn’t already) use spray in dye, no need to comb or brush ever the messier the better. 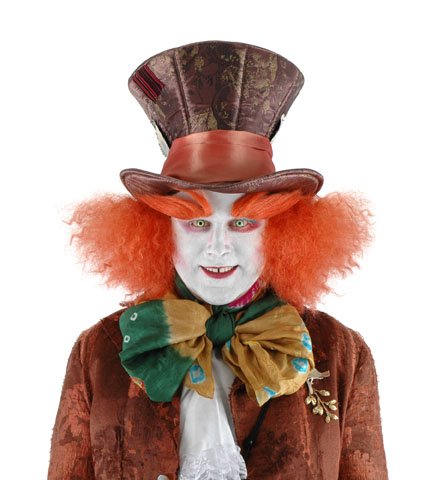 The makeup artist who create this video could give the people at Disney a run for their money. She actually starts by letting the model put in green eye contacts first before beginning with the face paint.

After that begin with a white creme paint and apply it over your whole face, ears and neck area with a brush working in circular motions. Then put some onto tips of your eyelids which you can set with eye-shadow. Then add a final layer with an airbrush.

Take a matte orange eyeshadow now for some color and run that through both brows. Then use a blue on the right lid, for the left lid use a purple. In the movie there is a gap in the middle but it’s better to cover the whole lid instead in case it looks odd. Now take a white creme liner again onto the ends of your eyelids close to the lash line.

With the same purple you used on the eyelid mix with pink shadow and apply to underneath the lashes but not further than the eye socket bone.Then create several white eyelashes underneath with a white gel eye-liner, no need to be neat here. Then take a white mascara on your natural lashes. Add fake red wispy lashes to your natural set for extra madness.

Contour your nose slightly using the same pinky purple mix from the crease to the bottom side of your nose. Further contour using the same mix again in a ‘c’ shape from your forehead. Bring attention to your cheekbones in the same way. Then do your lips with the same paint.

This was an absolute pleasure to put together and I’d like to do more Tim Burton creations so keep an eye out coming up to Halloween if you’re as big a fan of him as I am.