Suicide Squad is gonna be a huge theme for Halloween this year, as one of the biggest hits at the box office this year (2016). Suicide Squad was released last month (August 2016) in movie theatres and quickly became the hit of the year grossing over $700million and counting against a budget of $175million. There are already talks about a follow up focusing on Harley Quinn’s character which proves it’s popularity already.

However with everyone and their dog dressing up as Harley Quinn and the Joker what if you like Suicide Squad but don’t want to as two overdone characters?

Don’t you worry because we’ve got you covered, today we’re looking at how you can put together a Katana Suicide Squad costume from your favorite movie but that will stand out amongst seas of Harleys and Jokers.

Katana is a popular character from Suicide Squad who has already appeared in earlier DC comics but finally made her onscreen debut in the movie as Flag’s bodyguard. 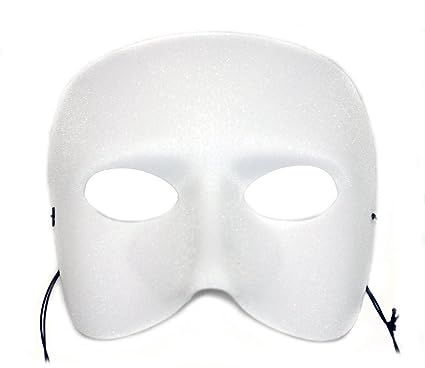 You know the drill, we work from the top and work our way down so everything flows in a logical manner. First things first you need to create Katana’s masquerade mask which is used to shield her identity, crucial for her work as a bodyguard.

Get yourself a plain white masquerade ball style mask, pick these up cheaply in fancy dress stores. Then work on recreating the red disc design in the center. Use sturdy card with a circle cut in the middle as a template and fill with red acrylic paint. 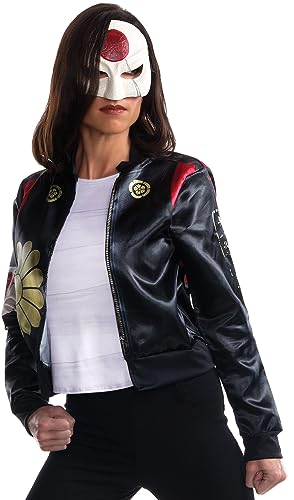 Moving onto her jacket now which she wears along with a white vest underneath. Katana doesn’t just wear a plain black jacket, this one has sacred Japanese text imprinted on in golden writing. This cosplay set comes with jacket with attached vest and white mask. Add all the items showcased below and a wig if you need it and you’re set to go.

For added detail Katana wears a red karate belt around her waist to showcase her skills as a ninja, it may not have a particular practical use however it does bring the outfit together and looks stylish. 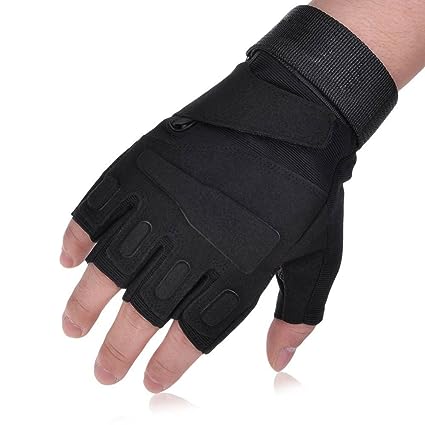 As a bodyguard Katana needs some form of protection. In the earlier DC comics and now in Suicide Squad she carries with her a ninja sword which is perfect for defending Rick Flag from enemies. Check out this Halloween prop ninja sword, pair it with a set of black motorcycle gloves for grip. 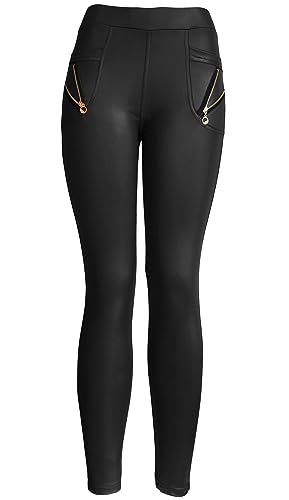 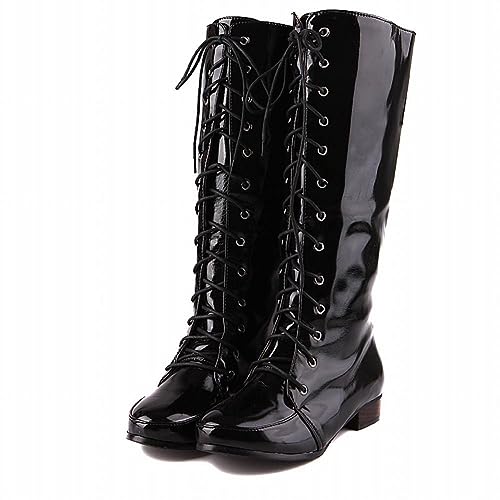 We’re almost done now onto her pants and boots which are the final pieces to her stunning outfit. Sticking with the black colorscheme get yourself a pair of stretchy black leather pants that will fit snugly, we’re going for that ‘wet look’.

A bodyguard needs a good pair of shoes, that’s a must. Arm yourself with a pair of glossy black lace up boots that would be suitable for an active ninja warrior. A pair of black lace up combat boots would also be a perfect fit for this. Check out thrift stores or shop online if spending time in a store shifting through clothes doesn’t sound appealing.

There you have it everything you’ll need to put together this character’s look, a lot less obvious than Harley but that just means you’ll stand out more in a crowd and people will still know who you’re dressed as so win-win, all that’s left is to wish you a fun Halloween!