Mario is the most recognizable gaming mascot from the last generation, up there with the likes of Sonic, Pacman and all the other greats of video gaming. Today I would like to show you how to make your very own Mario costume perfect for cosplay and Halloween.

Mario was introduced to us way back in the eighties and the franchise has since become the biggest selling of all time ahead of the competition by miles and it is very clear the very energetic plumber mascot has a lot to do with its success.

The character has certainly made his mark featuring in well over two hundred games including not only the 2d platforming series but other spin-offs such as Kart and Galaxy. It has touched on all of the major mediums of comics, film, television and merchandise.

In today’s post we’ll be showing you how to put together your own Super Mario costume from scratch as well as pre-made options for those low on time. So without further ado let’s get into the guide. 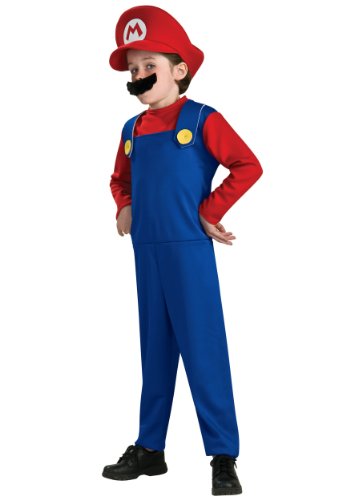 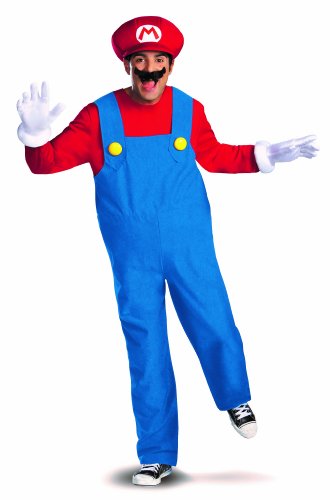 Before we dive into the do it yourself instructions here are two costumes for Mario for both adults and children so fans of all ages can dress as their favorite character. The kids set is well reviewed and chosen by Amazon and includes: blue jumpsuit, big yellow button and attached red shirt, hat and mustache. The adult set comes with overalls, hat, inflatable belly, white gloves and mustache. 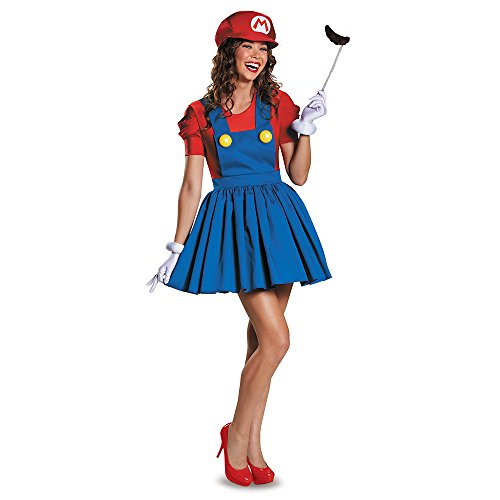 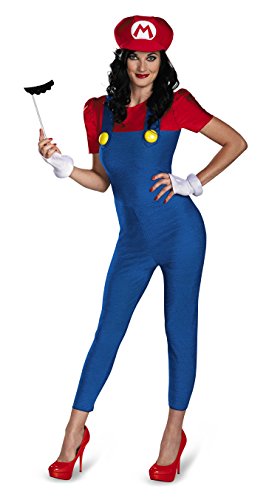 Then there are two different Mario Women outfits from Disguise one being a jumpsuit and the other being a skirt version. Both include:  dress/skirt, pair of gloves, character hat and mustache on a stick and are both officially licensed by Nintendo. 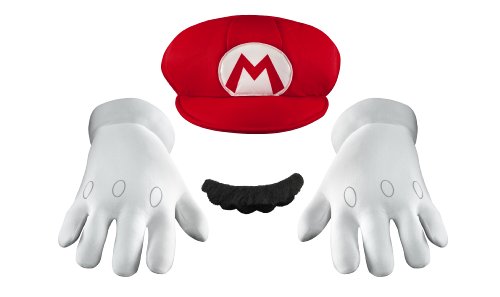 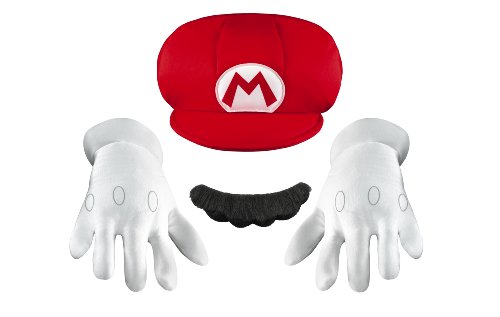 Check out the accessory kits for adults and kids that can fill in all the missing pieces of the respective sets above: hat, mustache and gloves.

To start creating this characters outfit you’ll need the combination of red jumper with blue overalls. This is the perfect attire for plumbing but not for jumping around fighting baddies and bouncing on the heads of mushrooms either way this doesn’t stop Mario.

If you’re going the do it yourself route begin by looking for a pair of blue denim overalls, in the games these are solid blue but in real life that will be hard to recreate. Once you have suitable overalls consider adding two bright yellow buttons at the straps. This will add a much needed cartoony element to the outfit.

No need to mess around finding all of the individual items however as here is a perfectly suitable pre made costume that will do the trick just as well including: jumpsuit, hat and mustache.

Next find a red turtle-neck or jumper to go underneath the denims, if you don’t already own one scour thrift stores for those on budget or other large stores like Walmart. Go back a few times if you don’t find anything the first time as new stock comes in often.

With these two items in place you have the base to work off of but we aren’t done just yet. The third item on the list is a red cap with a large enough brim that you can add an ‘M’ to.

Alternatively as a hard cap may be difficult to attach the logo to create a cap from scratch instead using felt as the material will be less thick and therefore easier to sew onto. To create an ‘M’ logo use a mason or jam jar lid to measure and cut out a large circle shape from white felt. Then using your best judgement using red felt this time cut out an M shape. Then simply sew the two together.

Next let’s work on the hair. Mario has two kinds: head and facial. Most people’s hair will be fine for this look but if you need to dye or spray will come in handy. Then all that is left is the mustache, either use leftover black felt or purchase a pre-made mustache instead.

For finishing touches wear a pair of white gloves and brown boots. So there you have it, pretty much everything you’ll need to put this outfit together and more, great for adults, kids, guys and girls.