With Star Wars Force Awakens quickly becoming one of the highest grossing movies of all time just behind Titanic and Avatar (James Cameron remains supreme) and grossing over two BILLION dollars I thought now was the best time to add more Star Wars themed guides to the blog.

We’ve already covered Poe, Finn and Rey aswell as Han Solo and Leia from the earlier films and today we’ll be putting together a Padme Amidala costume. There are several different outfits worn throughout the films from her white body suit to red dress as a Queen, all of which we’ll cover in detail below.

Padme Amidala is a prominent character throughout the Star Wars prequel trilogy working as a political in the declining days of Galactic Republic.  She was later elected Queen of Naboo to defend against the Trade Federation alongside the Jedi Order.

Padme’s outfit is plain and simple and one you could easily put together yourself from items in your existing closet with a few additions from the thrift or charity stores. When Padme was free from political duties she could slip into something a little more comfortable which consisted of white jumpsuit, utility belt and silver armband (the only thing to signify royalty).

Here are two costume choices available to you, one for adults and one for children so that everyone of all ages can dress as their favorite Star Wars character. The outfit set for women includes white crop top, pants with boot covers, belt and blaster. For the child’s set you get the full body jumpsuit with boot covers included, belt and shawl. Simply add the blaster which is available to buy separately and shown below. 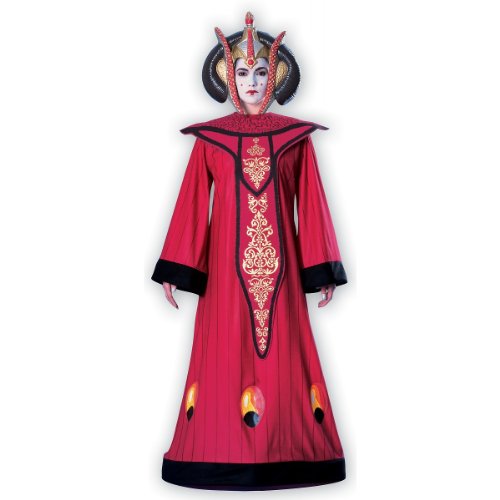 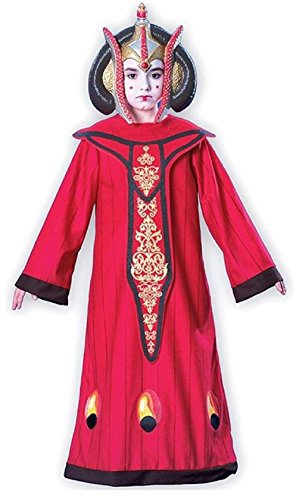 When Padme had to undertake political duties she’d wear a completely different set of clothing consistent of red dress and royal headpiece. Each set (one for adults and another for children) includes a long red dress with oversized sleeves as shown, chest and head piece.

The only thing you’ll have to add to complete the look is makeup. Here Padme is shown wearing white and red makeup as seen in the first reference image. To recreate this look start with a simple base of white paint, add red lipstick to the top lip completely and then to middle of the bottom lip and finally apply two dots from the same lipstick using a q tip. 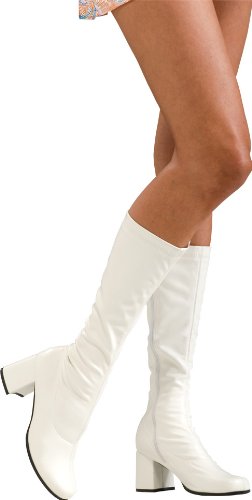 You’ll also need a pair of white knee high boots to complete your white battle suit attire. You could pick up the boots from the link above or check out your local thrift store for boots like this starting at a few dollars. 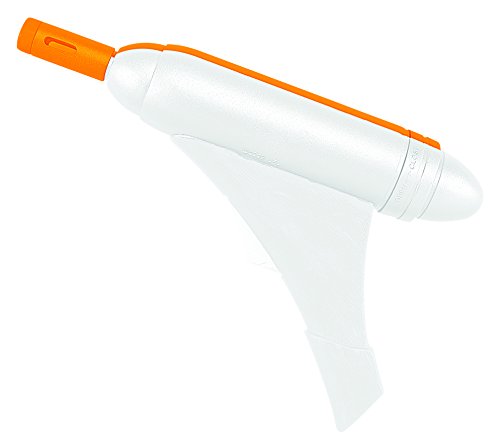 Ever warrior needs a weapon and Padme is no exception, she is seen with a white and orange blaster and at other times a black blaster. It is not included with the child’s outfit above so something you’ll have to add separately. Spray paint black for the alternative look.

We have a few other Star Wars tutorials for you to look at based on the newest movie Force Awakens aswell as all time favorite characters from the old trilogy.

Before you leave don’t forget to add our social media to your feed for updates on the newest cosplay guides each and every week.