Everyone has a selection of cartoons and shows which they remember their generation by and each generation swears that their shows were the best, well I’m here to tell you that 90-2000’s era was the best hands down although I am a little biased.

Alongside the other shows on Cartoon Network I remember watching Powerpuff girls as a kid, you don’t get any more original than a group of three girls fighting crime daily with their own unique set of super abilities.

Today I’ll show you how to create the Powerpuff girls costumes including Blossom, Bubbles and Buttercup, great for triplets, groups and siblings to dress up as for Halloween relive their childhood and express their enjoyment of the show. 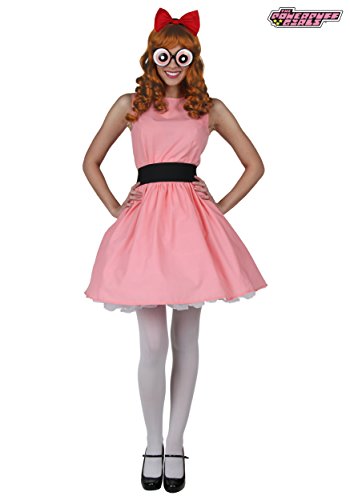 Blossom has to be the first girl I focus on because she is often seen as the leader being more mature than the other girls, often taking on the role of mother to Buttercup and Bubbles.

She wears a pink dress that has a prominent black stripe through the centre in a similar style to the other girls, waist length hair and pink eyes to match her outfit. Unfortunately I couldn’t find multiple sizes of her costume anywhere, so this is the only one available.

The premade outfit above is convenient but if you’d like to go the do it yourself route it’s fairly simple to replicate using a pink dress with a black clinch belt around your waist to copy the black stripe and a ginger wig, finally add a pair of white tights and black dolly shoes. 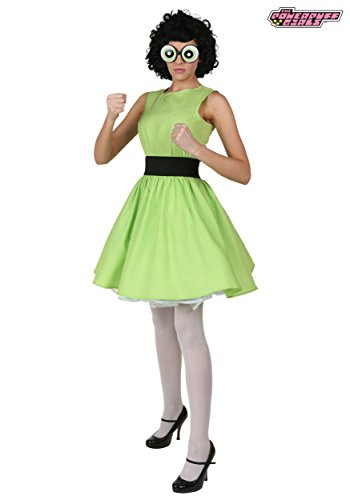 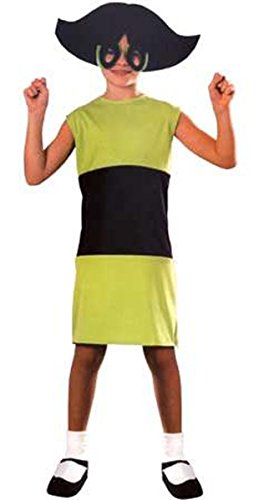 Buttercup is another of the three main characters from the show, it’s as if her personality matches the green and black combination. She’s a bit different from the other girls in that she’s a tomboy, enjoying fighting and often raging about something or another.

Her outfit is very similar to Blossom’s other however it is in a green colorscheme this time and she wears her jet black hair short. So substitute the instructions in that section except change the colors. It all boils down to finding a suitable green dress to use as your base. 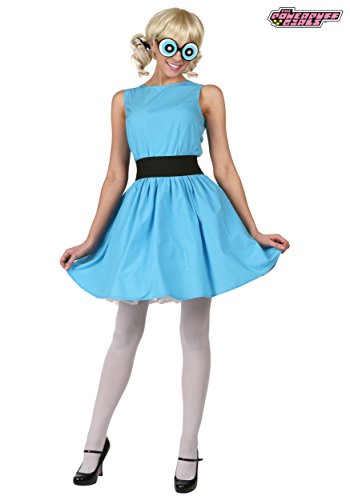 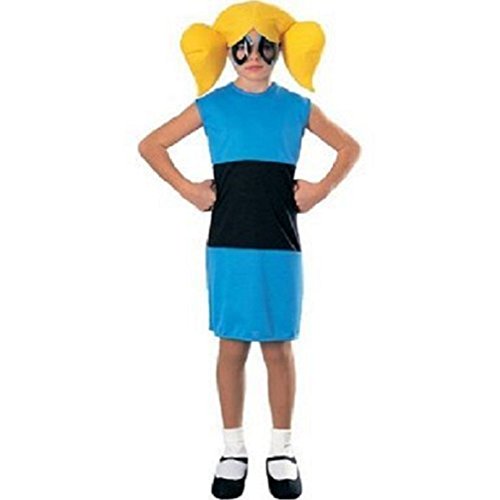 Last but not least the third member of the group Bubbles. In many ways she subscribes to the typical blond hair stereotype in that she can be ditzy, highly emotional and is seen as the least mature and able of the group. Although is it noted that she brings joy and laughter to the show.

This time she has a blue dress and eyes with blond hair. She has two pigtails that curve upwards defying all known laws of physics however that doesn’t mean you cannot wear a similar style.

Whether you or your child grew up watching the show or whether they have only just be introduced to I think these make a perfect group Halloween costume group for a group of three friends of siblings and with the upcoming reboot of the series Powerpuff Girls remain as popular as ever.