Mulan is a 1998 animated musical drama movie by Disney which is loosely based on the Chinese legend of Hua Mulan, a female warrior from China’s Southern and Northern Dynasties.

The film focuses on Mulan as she pretends to be a man taking her fathers place during a conscription to counter a Hun invasion. It dealt with complex themes such as gender roles as we see Mulan embrace her masculine side and defy gender norms and stereotypes at the time.

Dressed as a male she even shocks her own father, who learns he has been underestimating his daughter all along. Exploring such interesting themes the film turned out to be a major success for Disney grossing over three-hundred million dollars at the box office. As such it was followed by a direct to video sequel in 2004.

If you want to dress as this character we have you covered! In today’s post we’ll be laying out how to make a Princess Mulan costume as well as showcasing options you can buy online. So without further ado let’s get into it. 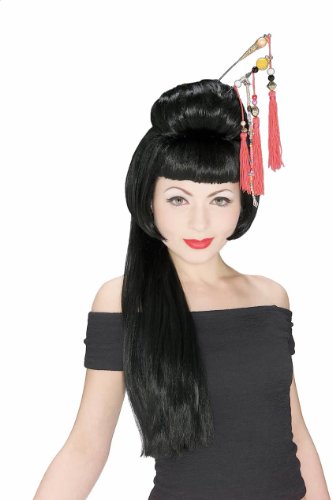 You can either go the do it yourself route or save yourself some time buying a pre-made outfit, the choice is up to you. Mulan has long black hair tied up into a bun. So the first item you’ll need is a wig.

This ‘China Girl’ wig by Rubies is perfect for this character, made of synthetic fiber and easy to clean. Or you could style your own hair tying it up into a bin with a clip. 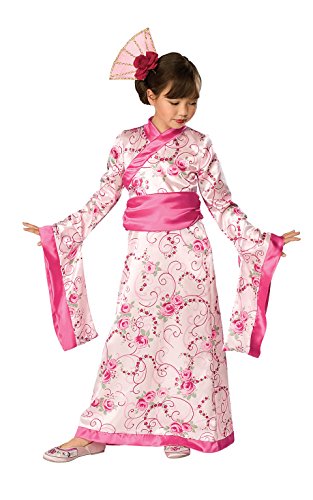 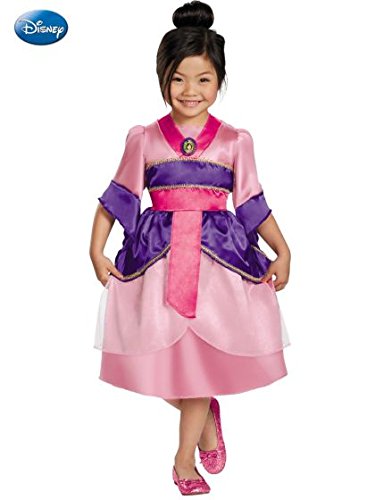 After the wig let’s move onto the outfit itself. Here are two different options for children that you want to check out. One a generic ‘Asian Princess’ outfit. The other by Disguise: an officially licenced Disney product that features a kimono dress with gold glitter accents. Shoes are not included and will need to be bought separately. 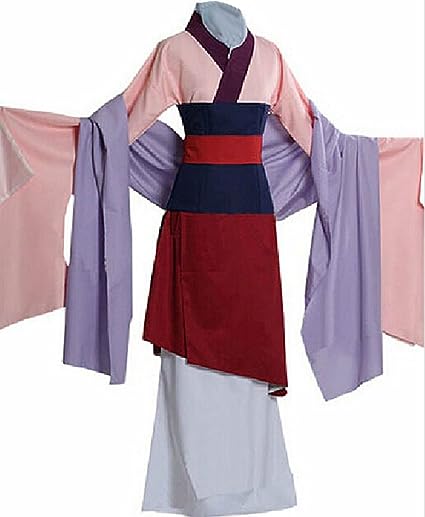 There are also a few Mulan costumes available for women too, meaning anyone of any age can dress as this character. This pink and purple kimono is made to order based on the measurements you provide, so it doesn’t matter what size you are you’ll receive the perfect costume to fit.

There are a few more items you can add to pull this look together and add more detail to your attire. Accessorize with a Chinese folding fan. A toy sword as Mulan used to fight off the invasion. You could even carry a small dragon plush with you to represent the character of Mushu. Finish with a pair of black flats. This would make the ideal couples costume idea for fancy dress, so bring your boyfriend or husband along as Li Shang.

Before you leave don’t forget to check out our other tutorials and follow us on social media for updates when we release new posts. All that’s left is to say have fun!