Professor McGonagall is one of the first teachers we are introduced to in the spellbinding Harry Potter series by J. K. Rowling. Today I will show you how to create her costume a great choice for Harry Potter fans for cosplay or Halloween parties.

She is a powerful and noble witch who has fought many battles against evil wizards and witches including He Who Should Not Be Named himself, she teaches transformation to students at Hogwarts and is the deputy headmaster and takes over when Dumbledore dies in the sixth book.

She is known for her stern attitude, emerald green robes and hat with a feather in it. One memorable scene is when she was transformed into a cat and Harry and Ron were late to her class and thought they’d got away with it until she transformed back. But behind her sterness is also kindness as if you can remember she got Harry his first broomstick in the Philospher’s Stone. 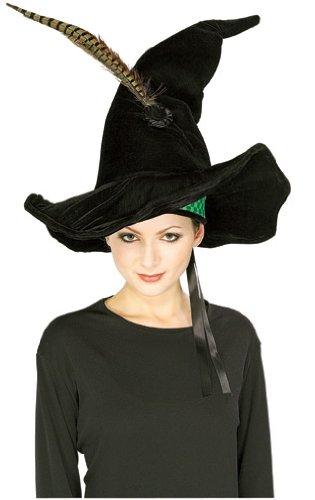 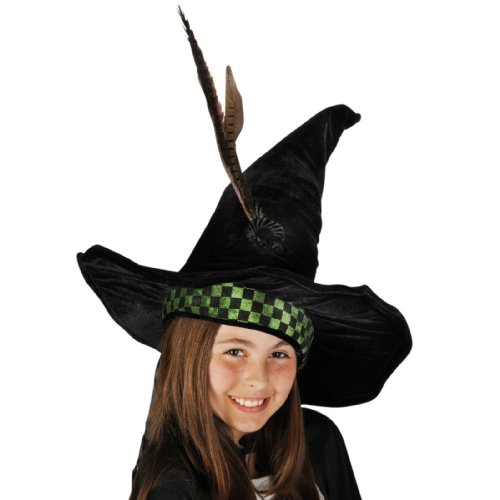 Working from the top of the outfit to the bottom we’ll start with her prized hat, not as iconic as the Sorting Hat but still memorable none the less. Most hats for this character have a feather attached like the one pictured.

Alternatively get a hat without a feather that is equally as magically, you can find these on a budget at costume or thrift stores around Halloween or even after Halloween when they’ll be on reduction.

Underneath the hat you must not forget her hair, without the hat in this is usually in a tight bun and at other times slightly looser, as the series progresses her hair has a few strands of grey in there too.

A wig isn’t necessary for her look as it is fairly simple and easy to recreate with an everyday elastic band to keep your hair in a bun. If you want you could create wispy streaks of grey in your hair with dye to show her ageing in the latter half of the series.

Its seem a requirement that wise magical folk have spectacles (Dumbledore, Harry) and McGonagall is no exception to that rule. Hers aren’t as round as Harry’s more like Dumbledore’s that are half moon.

Hers are rectangular shaped, and she often looks down them at students when they do something wrong. These are in the style of Santa Claus who you could say is a wise wizard himself being able to get in and out of so many chimneys in one night. 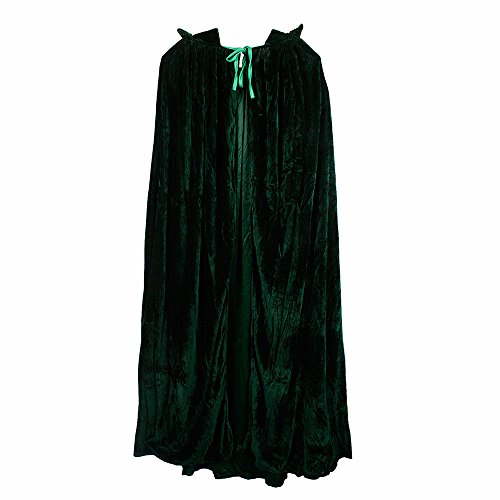 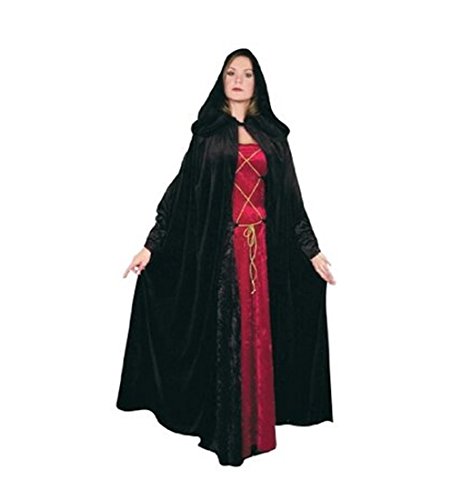 Next is her signature green robes that go with the glasses and robe, as you may have guessed there is no official costume and therefore each item is an individual piece to the puzzle.

Along with the green robes pictured there are other choices in different styles and sizes although I think this one portrays the character the best. 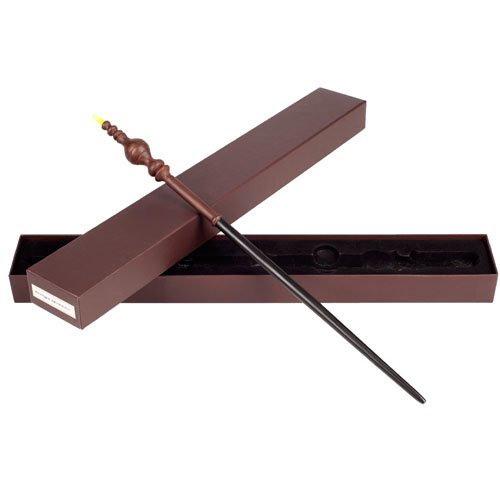 Underneath the robe you will need something to wear, this can be a dress or black shirt and pants just keep it plain to not detract from the rest of the outfit.

Don’t forget a wand, Professor probably got hers in Diagon Alley as an eleven year old buying her supplies like anyone else before they attend school.MInerva’s wand is pretty long at nine and a half inches with a dragon heartstring core, this was created by the great wandmaker Ollivander.

Overall I think you’ll agree this is a wonderful idea for any fan and fans too as everyone in a group can dress up as different characters.