I recently watched the first Purge movie and boy was it good, similar to The Hunger Games but set in one family’s home.

I couldn’t miss the opportunity write up how to make your own the Purge costume for Halloween seeing as this is the perfect horror movie to give you chills on Hallows ‘eve.

The movies are set in a future dystopia world where an annual ‘purges’ take place where for twenty-four hours all crime including murder is legal, this is to ‘cleanse’ citizen’s of their anger and desire to do bad things to create a smoother functioning society.

When a family allow a homeless man into their high security home on Purge night things take a turn for the worse when a masked gang threaten to hurt the family aswell if they do bring the homeless man out, as they state they have a right to purge like anyone else. 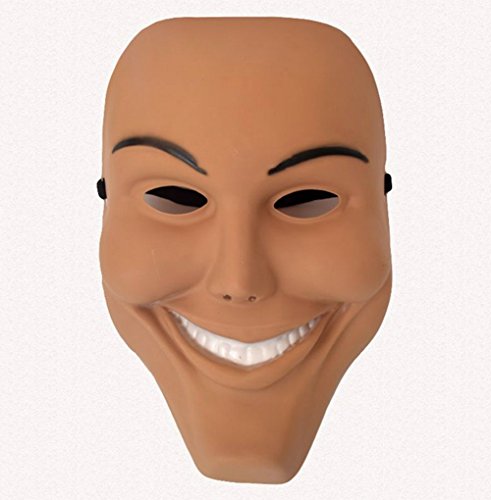 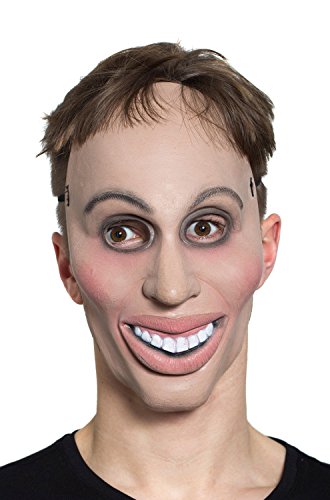 It is from this masked gang aswell as other characters from the sequel (Anarchy) that we can draw many of our costume ideas. Much of the suspense from the first movie comes from watching the gang parade around on security cameras with their masks on.

Pictured is a similar mask worn by the leader of the gang from the first movie with a Joker-esque grin but also for James Sandin’s character in Anarchy.

It can also be used for the woman’s outfit below or any other members of the gang as you desire. Use the eye holes to create an eerie mismatched effect similar to how the character do it in the movies even use makeup to enhance your eyes further. 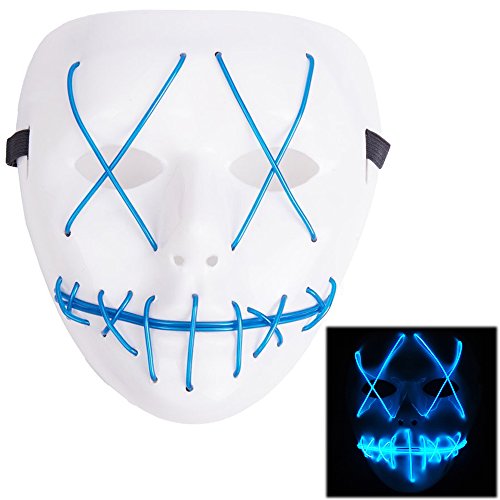 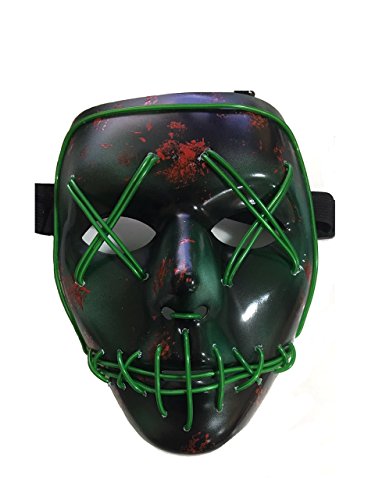 The Purge: Election Year bought with it several new mask and costume ideas including the masked statue of liberty. You can check out both masks based on the new instalment above with LED lighting to give them an extra bang. 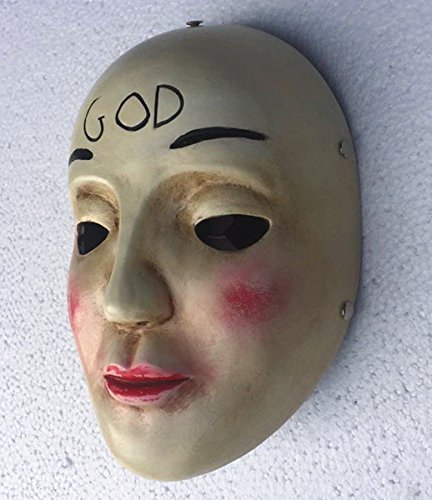 Masks are a big part of the Purge and how each group protect their identity as well as showing their alliances. Another type of mask used is in the second movie Anarchy where things really heat up a notch.

I believe the writers wanted to create a deeper story with a plot a step up from the first movie and for the most part they succeeded creating a sequel that was actually better than the first (a rare movie feat).

This mask design is reminiscent of old fashioned comedy and tragedy style masks only there is distinctive color in the cheeks and lips. With small eyebrows and the word ‘GOD’ written across the forehead. 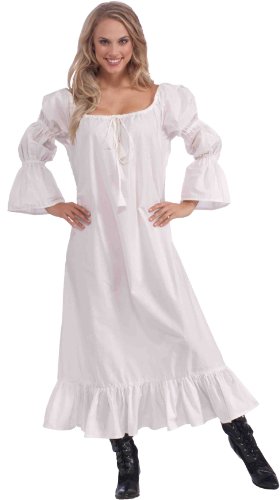 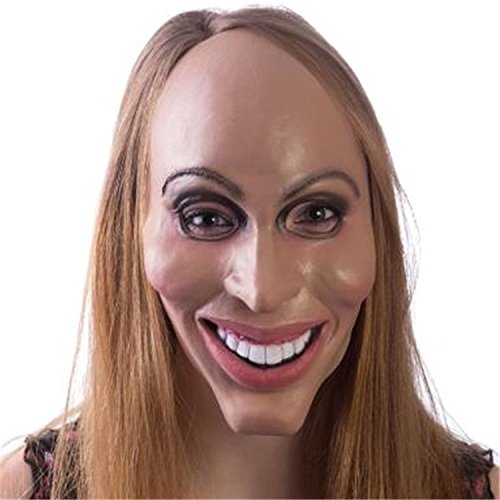 The final costume idea taken from the two movies (a third is to be released later next year) is from one member of the masked gang who break into the family’s house in the first movie.

She parades the hallways of their house with her partner in crime looking for people to kill and as she does releases an eerie chuckle every so often. Her movements are often exaggerated with a stagger in her step as if intoxicated.

She wears a similar white dress to the one pictured in a Renaissance/Medieval style down to her knees. Add a mask and prop weapon to this chemise and you’re set to go.

Now off you go to spook out your neighbours and anyone else who crosses your path this Halloween!